This page, and pages it links to, contain information about sexual misconduct which may be triggering for survivors. If you would like to discuss anything that this page brings up for you please phone 1800Respect, the national sexual assault, domestic and family violence counselling and information service on 1800 737 732 or visit their website 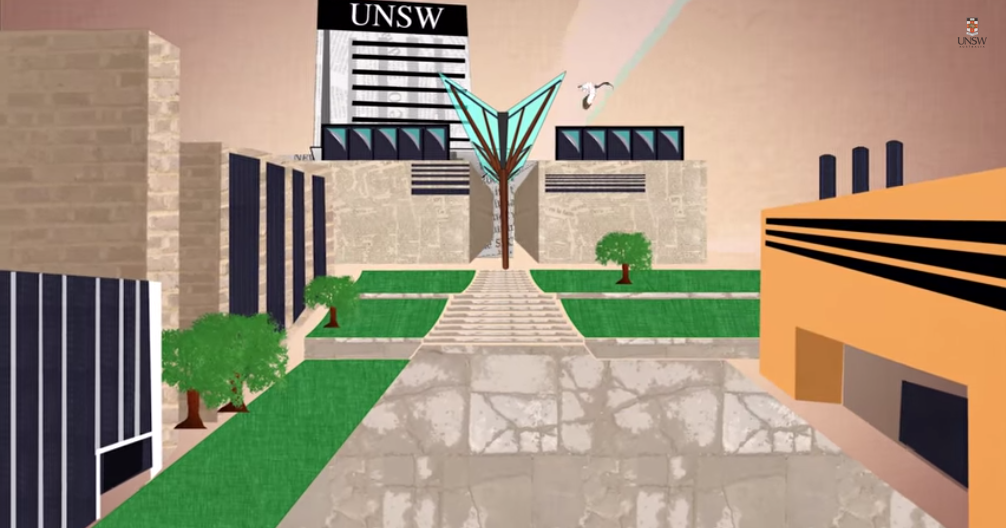 If you are concerned about this page appearing in your browser history use Incognito mode.

1800Respect has a video that may provide you with some tips for supporting a friend who has been sexually assaulted or is in an abusive relationship.

If you have been assaulted, threatened, harassed or discriminated against by a member of staff or another student due to their race, religion, sexuality, age, disability or gender identity you should follow the process outlined in the Student Complaint Procedure.

Equity, diversity and inclusion are considered essential to the continued success of UNSW. Become familiar with the policy

The information on this page is broadly based on the Discrimination and Harassment and the Sexual Misconduct pages of the UNSW website.

If you have witnessed or experienced sexual misconduct

please be aware you can report this on the UNSW Sexual Assault and Sexual Harassment Reporting Portal.

Every report receives a response within 72 hours - including information and advice about how you could proceed and resources available for your particular situation.

Introduction to respect at UNSW

ELISE | Informing your studies has introduced you to the Student Code so you are now more aware of the standards of behaviour expected from everyone in the UNSW community. When you accept the offer of enrolment at the University you also accept rights and responsibilities related to your study experience. You have a right to feel safe, respected and welcome to fully participate in university life. This also means that you have an obligation to ensure that your behaviour does not infringe on the enjoyment of these rights for other students or staff. Behaviour that negatively impacts on others, or is unlawful, can constitute misconduct.

In 2017 the Australian Human Rights Commission released Change the Course: National Report on Sexual Assault and Sexual Harassment at Australian Universities (2017) which documents the Commission's findings on experiences of sexual assault and sexual harassment and their prevalence on Australian university campuses. The Commission based its analysis on data that it collected from a survey of 30,000 students from 39 universities.

The University launched its Sexual Misconduct Prevention and Response Policy in mid-2018.

What is sexual consent?

Consent is a crucial aspect of sexual relations. Sex without consent is sexual assault. It is important to be aware of the circumstances in which a person cannot legally consent to sex.

You can also view visit the Arc Sexual Assault and Misconduct web page.

The following video gives some examples of navigating consent, and information on making a report.

Sexual misconduct involves a breach of the UNSW Staff Code of Conduct or the UNSW Student Code Policy because it involves a failure to behave in a respectful way towards another person. Students or staff alleged to have engaged in sexual misconduct will be subject to misconduct procedures where the conduct occurs on a UNSW campus, or in the context of a UNSW activity (such as a field trip or placement) or in UNSW student accommodation, (wherever that accommodation is located).

Sexual misconduct, in its most serious form, involves a sexual assault. It can also involve indecent assault, an act of indecency, sexual harassment, conduct involving child abuse material or certain other behaviours of a sexual nature which are crimes in NSW and the ACT.

The following paragraphs generally describe the types of sexual misconduct which most commonly occur within the community, but they do not provide all of the content of the applicable laws.

It’s important to note that within the Australian community, various different terms are used to describe behaviour which involves a sexual assault. A term which is commonly used is rape.

Sexual assault is a crime. Under NSW and ACT law, sexual assault means engaging in certain sexual acts (such as intercourse and oral sex) with a person without their consent, when you know they don’t consent, or you don’t care whether they consent.

A person consents when they freely and voluntarily agree to behaviour, understanding what they are doing and who they are doing it with. As described on the Department of Communities and Justice website, a person can’t consent if they are:

A person also can’t consent if they lack the capacity to understand what is taking place because of a cognitive disability, or because they are under 16. It’s important to understand that a person might not consent to behaviour even though they were, or are, in a relationship with you.

Where UNSW has information about a sexual assault that might assist the Police, by law UNSW must report it. Generally, UNSW will defer commencing, or suspend, any misconduct procedure while a Police investigation is underway. UNSW may however take interim steps to protect students or staff and these steps may, for example, involve excluding a student from campus or requiring a staff member to take leave while the investigation continues.

There is more guidance about what may amount to sexual assault available on the Department of Communities and Justice website.

Indecent assault and acts of indecency

Sexual harassment occurs where there is an unwelcome sexual advance, or other unwelcome sexual behaviour, towards another person, in circumstances where it can reasonably be expected that the person will feel intimidated, humiliated or offended by the behaviour. The person’s age, religious beliefs, race or ethnic origin might be relevant in considering their likely reaction to the behaviour. The unwelcome behaviour might involve a request for sexual contact, but there are other types of conduct which can amount to harassment.

Where the unwelcome sexual behaviour consists of stalking or intimidation, that behaviour may amount to a crime. This will be the case where the stalker intends to frighten the person stalked. Stalking and intimidation need not involve actually following a person; they may occur through phone calls, texting, emailing or social media contacts.

The Australian Human Rights Commission provides more guidance about what may amount to sexual harassment.

Homophobic harassment is any conduct that humiliates, intimidates, insults, excludes, silences or harms an individual or group on the basis of their actual or perceived sexual orientation or gender identity. It can come in the form of verbal abuse (written or spoken), intimidation, humiliation, exclusion, insult, threat, violence and physical harm. Harassment may be persistent or a one-off incident. Such harassment is not tolerated at UNSW and any person engaging in such harassment will be dealt with under the University's misconduct procedures. The harassment may also be a crime and perpetrators could face prosecution through the criminal system. More information and support may be found on UNSW's Ally web pages and the LGBTIQ Support at UNSW web page.

Creating or distributing sexually explicit or intimate photos or videos of a person without their consent, or threatening to do so, will be treated by UNSW as sexual misconduct. The comments on this page about consent also apply in this context. It is important to emphasise that just because a person is, or was, in a relationship with someone, or has engaged in consensual sexual activity with that person, doesn't mean they consent to the sharing of sexually explicit or intimate images of them. There are new offences in New South Wales for intentional recording and/or distributing an intimate image without consent, or threatening to do so. See Justice NSW Intimate Images Legislation. You should also be aware that you cannot use UNSW technology to view, download or distribute any sort of pornographic material. Anyone found doing so will be subject to the UNSW Misconduct Procedures.

Producing or possessing child abuse material (also known as child exploitation material), or making such material available to another person, is a crime under NSW and ACT law. A child is a person under the age of 16 (although the offences can apply where the person described or depicted in the material is in fact over 16, but appears to be a child).

This information has been sourced from:

Any incidents of sexual misconduct related to staff or students at UNSW can be reported via the Sexual Misconduct Reporting portal.

You can also contact a UNSW First Responder who has been trained to provide you with the best advice on what to do if you have been sexually assaulted or if you are being sexually harassed. They can also help you to make a report through the reporting portal.

You will find further information and details of support services at UNSW's Sexual Harassment, Assault and Misconduct web page.